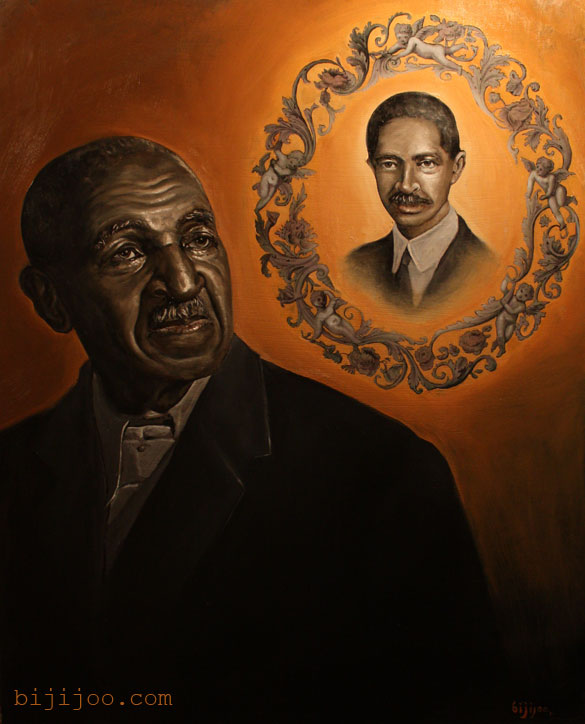 George Washington Carver was an American scientist, botanist, artist, educator, and inventor. “[He] did not know the exact date of his birth, but he thought it was in January 1864 (some evidence indicates July 1861, but not conclusively). He knew it was sometime before slavery was abolished in Missouri, which occurred in January 1864″[1].

In addition to his work on agricultural extension education for purposes of advocacy of sustainable agriculture and appreciation of plants and nature, Carver’s important accomplishments also included improvement of racial relations, mentoring children, poetry, painting, and religion. He served as an example of the importance of hard work, a positive attitude, and a good education. His humility, humanitarianism, good nature, frugality, and rejection of economic materialism also have been admired widely[3]. Carver’s philosophy was “Save everything. From what you have make what you want.” His gnarled hands were always busy with bits of string, tinfoil, clay, which he fashioned, as he talked, into decorative objects. He was proudest of his picture of four peaches, painted with pigment made of native clay, not as a work of art but because any child, as a result of his researches, should be able to use similar material. “That’s just the clay we walk on every day.” he said. “Our clays are just as brilliant as the ones the old masters used”[3]. Carver was an accomplished painter, frequently using pigments and oils he had made himself[4].

Carver never married or expressed interest in dating women, and rumors circulated about his sexuality at Tuskegee Institute while he was an employee. In particular, his enjoyment of giving âtherapeuticâ peanut oil massages to and engaging in horseplay with handsome men was seen as unusual. Late in his career, Carver established a life and research partnership with another male scientist, Austin Wingate Curtis, Jr. The two men cohabitated from 1934 until Carver’s death in 1943[5]. Carver and Curtis kept details of their lives discreet, and as such historians know little about how these men understood their relationship. Nonetheless, the fact that Carver willed his assets to Curtis testifies to the significance of their relationship[6-10].

On Carver’s grave was written, “He could have added fortune to fame, but caring for neither, he found happiness and honor in being helpful to the world”[2].